Minpres Ltd. Niš is currently a modern stock company. The tradition of Mašinska industrija Niš has been lasting since 1884 when the railroad Beograd – Niš was handed over to use and when the railroad mechanical workshop was established. The assembly, sawmill, modelling and tool workshops were established in 1890. Their merging, as well as the integration of other sectors that have been organised in the meantime resulted with the establishment of Mašinska industrija Niš, which also included the Joint Stock Company MIN "Minpres" Niš.

During the privatisation process, Euro Gas from Subotica privatised Minpres, which was merged with the development-energy group LION GROUP. Nowadays, Minpres operates as one of rare manufacturers of process equipment in the south-east Europe.

The main product range implies the manufacture of pressed products, such as: parts of machines, devices, means of transport and other products. The primary, and also the most significant products of the company are TANK BOTTOMS for process tanks (shallow, deep, flat, and special). Other products include: blanks for truck chassis (blanks of driving platforms/bridges and cross supports, longitudinal chassis supports); blanks for waggon assembly (cylindrical braking devices); cold cast profiles; elements of elastic fences for highways and other cut blanks and forged pieces for automobile industry, waggon assembly, building machines industry, mining, power industry, etc.

Niš, one of the oldest towns at the Balkans, the second largest in the country after Belgrade, the seta of the Nišava District, is located at the crossroad of the Balkan and European roads that connect Europe with the Middle East, known from the ancient times as the gate between the East and the West. As the transport node of European road and railroad routes, with an airport, it is easily accessible from all directions. As a contemporary university town with more than 300,000 inhabitants, it is a natural, social, economic, educational, health, cultural, and sports centre of the south-east Serbia. The municipal territory encompasses the surface of 597 km², and includes Niš, Niška Banja, and 68 suburban settlements. There are also numerous picnic sites that belong among the most beautiful in Serbia due to their natural beauties. More than 40 sports clubs in the town gather a large number of professionals and enthusiasts. 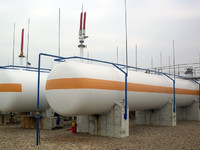 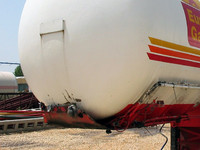 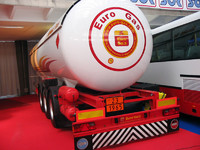 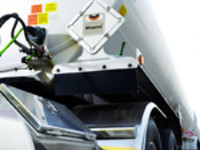 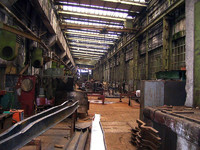 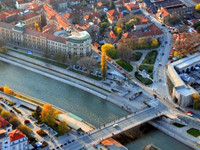 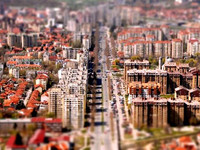 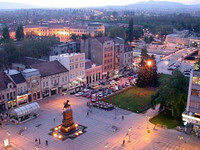 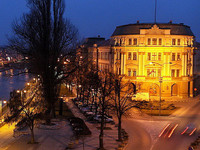